We are an organization that is working hard towards making each event a success. To support our mission we will be hosting music and food festivals in the Tri-State area. The festivals will consist of local as well as nationally known talent, that is sure to be a hit. 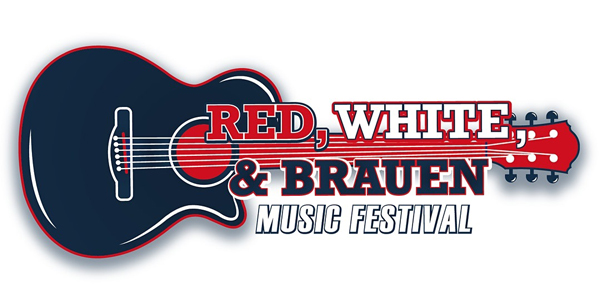 To learn more and get tickets for this event visit www.rwbmusicfest.com 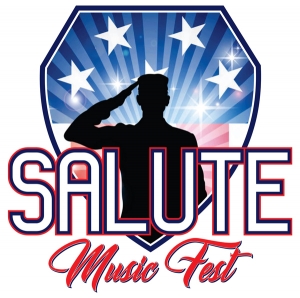 To learn more you can visit www.salutemusicfest.com 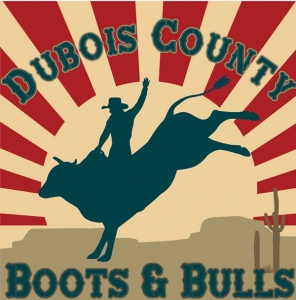 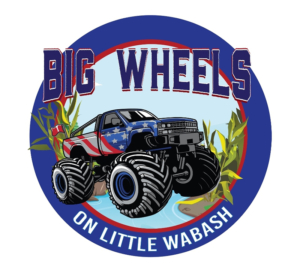 Big Wheels on the Little Wabash

Presented by the City of Carmi

Provide support, both financial and otherwise, to local veterans and veterans organizations, in the Tri-State area.

We are an organization that puts on events in the Tri-State area. To support our mission we will be hosting music and food festivals in the Evansville, Indiana area. The festivals will consist of local as well as nationally known talent.

We are a 501(c)(3) entity and our board consists solely of volunteers.

Where Our Proceeds Go

The board works directly with local Veteran’s Outreach Programs to prioritize funds, scholarship awards, and other charitable donations. In the coming months we will have an application system where you can apply for funding for your veteran based need. 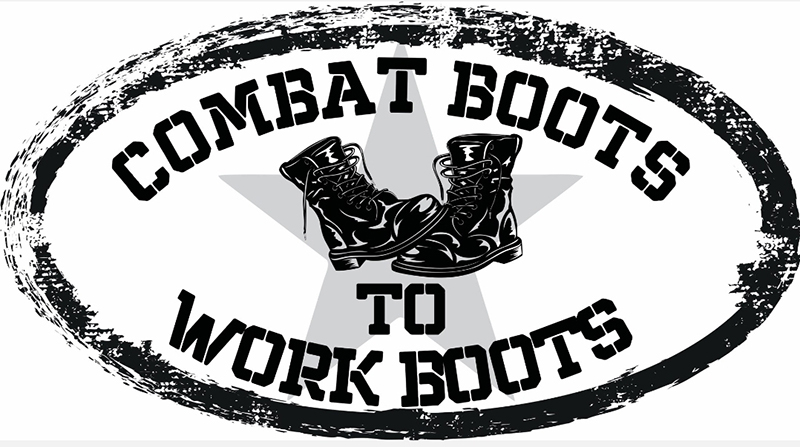 Meet the Rally Point Board 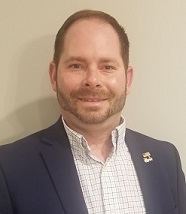 Lance is a 2004 graduate of Heritage Hills High School. After High School he joined the United States Army.

Lance served in Iraq from 2007-2009 with 1-163rd Field Artillery, where he served as the communications Sergeant for Alpha Company while also preforming convoy security missions.

In 2009 Lance took a job with the US Army Corps of Engineers, responsible for maintaining lock and dams on the Ohio river. Lance is also a underwater Diver for the Army Corps, performing underwater structural inspection on our nation’s infrastructure.

During his time with the Army Corps he was heavily involved in the flood of 2011 in Metropolis, IL.

In 2013 during Hurricane Sandy, Lance was the field Supervisor in New York City. He oversaw all clean up and teardown of structures and rebuilding of new boardwalks and roads.

In 2015 to 2016 Lance was a Dive Safety Officer, overseeing all dive operations at Olmsted Lock and Dam, a multi-billion dollar project being built in Olmsted, IL.

In 2017-2018 during Hurricane Marie in Puerto Rico, Lance was a field Supervisor overseeing the rebuilding of the power grid in the Rio Grande Area.

At the End of 2018 Lance was a field Supervisor in Virgin Islands of St. Thomas and St. John overseeing the staging area. The the rebuilding following Hurricane Maria.

Lance served as a City Councilman in Carmi, IL from 2015 to 2018, where he lives with his wife Melanie and their four children.

Lance is a member of many organizations including the Carmi Lions Club, Carmi American Legion, Carmi VFW, and is the Past Commander of the Metropolis American Legion. He is also a member of the Metropolis Masonic Lodge, Ainad Shrine, Hadi Shrine, Hadi Shrine Legion of Honor, Hadi Shrine Funsters, and attends Crossroads Bible Church in Norris City, IL. He he also President of Carmi Christmas Elves a nonprofit that raises funds to provide weekend meals for the Carmi School kids. 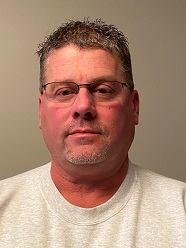 Born and raised in Princeton, Indiana.

Immediately went to work at Southern Indiana Tire where he worked his way up to Vice President, owner / partner and wholesale manager. He worked there for 23 years where he went through extensive managerial training and learned business organization skills. He went through OSHA safety training and became a sight safety inspector.

In 2004 Jeff started his own corporation, Gibson County Quality Assurance Inc. in Princeton. Main objective was to support Toyota Manufacturing with quality products through inspection and warehousing. He grew that successful business over the next 8 years to a high of over 900 employees. In 2012 he sold GCGA and retired to pursue his passion to help with veterans and veteran issues. His father was a Korean veteran so he has a very high respect for all past present and future members of the military.

Jeff is Vice President of Rolling Thunder Indiana Chapter 6 where he is very active with veteran issues and needs. Jeff is a Liaison for Employer Support of the Guard and Reserve ( ESGR ) where he is on the military and employer outreach team. He has been awarded the Outstanding Volunteer Award with ESGR. ESGR is a branch of the Department of Defense. Jeff is a lifetime member of VFW 1114 in Evansville, a Military Highpower Expert shooter, and an avid marksman.

Jeff and his wife Christina ran Meeks Guns Inc for 8 years in Fort Branch Indiana before retiring from that hobby project in September 2019.

Christina and Jeff live in Evansville, Indiana where he spends valuable time with their 6 kids and 11 grandchildren. They enjoy motorcycle riding, Evansville Corvette Club, traveling and spending time at our Colorado ranch. 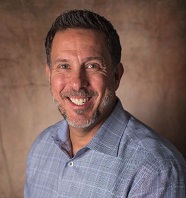 Scott Mauser is an Indiana native and has lived in Evansville the past 30 years. Scott has worked in marketing and advertising the past 35 years with positions of VP Marketing at Shoe Carnival, Inc, Vice President of Business Development at AXIOM Marketing & Advertising and sales management positions with TV, radio and digital companies and has been with Townsquare Media the past 13 years.

His grandfather and stepfather are veterans and has a son that served in the JROTC while in high school and participated in the Extreme Military Challenge in Alabama.

Scott is enjoys all genres of music and believes there is no other medium that bonds and connects people or fulfills one’s soul better than music. Besides his love for music, he has coached baseball, basketball and softball for over 25 years and currently coaches a competitive 18U travel softball team year round.

Scott and his wife Melissa have four children, Zach, Zane, Matt and Bella. 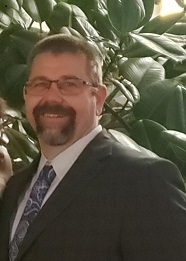 Married to Michelle Stidham
From Mt. Vernon, In
Owner of Beaux Cheveux salon in the downtown Evansville area
Graduated from Bosse High School in 1992
From 1993 to 1997 mechanic on uh-1n huey and ah-1w cobra attack helicopters
From 1997 to present, entering the union in 1999 IBEW member
Executive board and Safety committee for IBEW local 16
He also serves on the Vanderburgh County Building Commission electrical examining board.

Garry Hisel is a native of Jasper, Indiana and is the founding member of the Four Freedoms Veterans Parade.

Inspired by his father’s service in the United States Navy, Garry was determined to find a way to remember and honor the service members of our great nation. When he realized our community and surrounding areas did not have a Veterans Parade, Garry took the initiative and founded the Four Freedoms Veterans Parade. He currently serves as the President of the Board and is a historic military vehicle collector.

Garry and his wife reside in Jasper, Indiana. 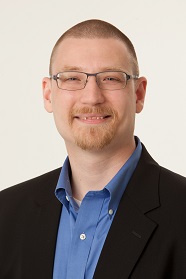 Ray Engler is a tech entrepreneur at the forefront of the industry. He has founded, acquired, merged, and sold a total of six companies. He currently operates Point Man Technology, a managed service provider in Evansville, IN. Also an avid real estate investor, Ray owns many local properties in the Tri-State.

Mr. Engler also sits on the board of many different local organizations, such as the Four Freedoms Veterans Parade, where he heads up their main fundraiser, dubbed Convoy for Cash. This helps bring in funds for the yearly Parade, as well as various veterans organizations.

In 2020 he was voted in as District 2 council member for the Town of Darmstadt, Indiana.

Ray is also a prolific collector of antique military vehicles.

He lives with his lovely wife, Lenore. They are both Members of All Saints Catholic Parish. 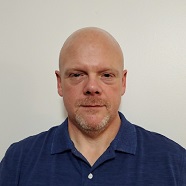 Jason is a native of Haubstadt, IN. After graduating from Gibson Southern High School he attended Rose-Hulman Institute of Technology where he earned a Bachelor’s degree in Mechanical Engineering.

After a few years working in other locations in the Midwest, Jason returned to the area. He obtained a Master’s degree in Business Administration and currently serves as Unit Engineering Manager for BWX Technologies. He has over twenty years of leadership and management experience in various manufacturing industries.

Jason is a Past Master of Fort Branch Masonic Lodge. He is also a member of Hadi Shrine and a Past President of the Hadi Funsters.

Jason currently resides in Haubstadt with his wife Bobbi and their two daughters Autumn and Raegan. They attend Crossroads Christian Church in Newburgh, IN.

Jason’s desire to serve on this board is rooted in patriotic pride and a desire to instill respect and honor in younger generations for those who have served and sacrificed for the United States. It is also an avenue to honor the service of his father, grandfather and other family members. 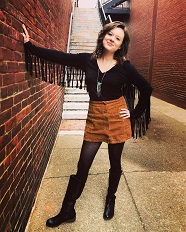 Named as one of the top 40 under 40 by the Hoosier Business Journal in 2017, Southern Indiana native Amanda Tempel has spent the last 10 years writing for music and travel publications. She’s interviewed country music’s biggest stars at the CMA Awards, CMT Awards, music festivals, and beyond. Now, in her role as editor for Mixtape-Escape.com, she fuses travel and country music from Nashville and beyond.

Get in touch and we’ll get back to you as soon as we can.  We look forward to hearing from you!